San Juan Night is full of rituals in which the vegetable world has a prominent role. Daniel Climent brings us closer to one of the oldest and most deeply rooted of them: that of curing herniated children. Do you want to know more about it? Read this story about “healing” trees on the most magical night of the year.

One of the oldest San Juan Night rituals was intended to heal broken or herniated children. They were children presenting a lump in the abdominal area, often to the groin, where the thigh meets the lower abdomen. The cause was a partial evisceration of the guts through a tear in the peritoneal membrane. An effort or simply getting up could cause the lump appearance. Then, by sitting or thanks to manual help the gut usually returned to the place. If it didn’t occur the danger of hernia’s strangulation was very serious, occasionally cause of death.

The ceremony we are going to talk about was something ancestral but also widely distributed by numerous cultures, countries, and social environments, as explained in Dioscórides renovado by Font i Quer (1962), among others.

In southern Valencia, we have recorded it by oral transmission in Altea and Villajoyosa (Marina Baja), and on Tabarca island. Overall, the protocol was to pass the “broken” creature in a snapped branch opening.

In Tabarca, or “the Island” for natives, the last woman who practiced this ritual was María Ripoll. Married to Manuel Parodi (killed by smallpox), she was the great-grandmother of this article’s author, my “nana María”. The second nuptials took her to El Campello with her first husband’s daughter, who would be my “Granny” Encarnació Parodi Ripoll. Despite being born in Alicante in 1952, I spent my summer holidays in El Campello. Every day, first thing in the morning, I went to “nana María” house, in calle del Mar, where there was a fig tree in the backyard. I used to harvest figs, keep them in a carrycot of esparto grass, and cover them with leaves to take them back to our house as a meal dessert.

Until her long life last moment, “nana María” had a very clear mind –in addition to a guaranteed audience among my cousins, my sister, and I, to whom she was used to telling a lot of stories and fables. As far as the fig tree is concerned, in more than one session, she told us about her active participation –and protagonism– in the healing broken children ritual done on the island on the June 23 to 24 night, San Juan Night.

Little, more or less, was what she tells me about that night. The families having some child in those conditions used to head to the only existing tree on the Island back then (between the 19th and 20th centuries), a fig tree. My nana and a man whose name had to be Juan were the officers . They chose an appropriate branch that was cut lengthwise by half distance, then opened and spanned with the help of both hands. María and Juan stood on both sides of the cleft. They had to alternately pass the child through the branch opening three times in a row.

Later, I learned that a fig tree was also used for the same purpose in Altea, and that, in other places, the participants’ names had to be Juan and Pedro instead of Juan and María, and they were helped by the creature’s parents. In this case, the exchange was accompanied by the following dialogue:

-Juan, I give it broken to you

Juan took it and returned it while saying:

-Pedro, I give it back to you

And so up to three times, but to the third Juan answered:

-Pedro, I give it cured to you.

Whatever formula and liturgy were employed, whoever had directed the process had to joint the two damaged branch parts with a piece of cloth and clay, while, with another piece of the same cloth, he properly girded the child, compressing the inguinal area in order to prevent that part of the guts from coming out again. The belief was that if, after forty days, the damaged branch had healed without drying, the internal wound (hernia) would have healed too.

Either way, we’re left with some unanswered questions because the officers are no longer alive. For example, why choose a fig tree, which spills a pungent and irritating latex once damaged? In Tabarca it would have sense: it was the only tree on the island. But, what about Altea? Often, questions generated by ethnobotanical studies have no answer, because the last knowledge repositories of this type have died, lost their memory, or do not want to remember. And it will have to be some very well-founded hypotheses, proper comparisons, or indirect sources that bring us closer to some sensible response. The case of these inconclusive questions regarding the ritual’s fig tree would be a good example in order to stress the need to address, expose and show the shortcomings in ethnobotanical research.

Even so, and as we will see, this ritual is in a similar way celebrated also in other places such as, for example, Villajoyosa and Manacor.

This is other version I heard from my father-in law, Juame Soler Soriano, from Villajoyosa, he also recorded it in his book Des del cantó d’El Mercantil (1995).

In the book, he says that next to the Vila, or Amadòrio, river and nearby the Llinares mill of the known as Era Soler district, had appeared –many, many years ago– a unique bush in the region: a crack willow. Healing virtues were attributed to it on the most special night of the year, San Juan Night. It likely was a Salix fragilis, with whose fine branches basketry objects can be made.

For decades, mothers with broken children came to visit the crack willow from all over the Marina Baja region in order to carry out the San Juan Night ritual. There were people from neighboring Orxeta, Sella; Aigües, on the other side of Cabeçó d’Or through the Mola ravine; and even wealthy people from Alicante and Elche riding luxurious carts with a broken son in it. This influx allowed to set up a small trade fair, in the Jeroni Zaragoza eras, where traditional products such as muffins and toñas, brown coca and rolls, mantecados, mistelas, medicinal herbs, etc. were sold. At dusk, old things and dry bushes were collected to set them on the San Juan bonfire, around which it was customary to sing and dance.

Gathered in the fire’s light they took out from the carrycots their prepared dinner: rabbit with tomato, pepper with sangatxo (the black part of the bluefish meat: tuna, frigate tuna, bonito), potato and onion tortilla, brine, xafaes (crushed) and del cuquello olives… while the wine barrel were passing by among the diners. After dinner, the improvised barbed orchestra tuned the instruments and began to liven up the party encouraging them to dance –something mainly done by the younger and unmarried, while the older ones, sittings in the traditional cadires de bova (vogue chairs), enjoyed watching them dance and remembering with nostalgia the times when they did it too… or the chance to do it they lost. All this while talking about harvests, water, or weather. Between the pieces, the soul was filled with sweets or spirits’ sips sweetened with anise (Pimpinella anisum), els anisats –emulsified in water in order to form the so-called “nuvolets“. And people coming from Elche would surely sing allusive drink-related songs, such as “De l’aigua dolça venim” (we come from sweet water).

At midnight, the mothers with broken children went to the Llinares mill, next to which grew the miraculous crack willow. Those in charge of the ceremony made a longitudinal cut in one of the crack willow branches in order to be able to separate it into two parts, leaving a buttonhole through which passed the creature.

Once reached the bush and placed in a circle, they began the liturgy of passing the child through the cuts made in the crack willow branches while repeating the magic formula three times:

-Here it is, Juan

-Here it is, María

-Those who have got «trencaura» (hernia)

-May the one who heals everything heal your «trencaura»

And, as in the case described in Tabarca with the fig tree, the one who had directed the process took the child, pressed his hernia’s bulge into the lower belly until it disappeared, and very carefully girded the child’s groin. On the other hand, with another bandage of the same cloth, the two parts of the crack willow branch were joined and covered with mud.

As we have also said before if after forty days the tear of the crack willow branch had closed, which means both parts had fused together and the branch was still alive, then the child’s intestinal envelope tear would also have closed (… or not).

In Villajoyosa case, the crack willow tradition lasted until the last century’s twenties, when the crack willow dried up. The ritual and the small party celebrated to heal the broken children in the Era Soler along the magical night of 23 to 24 June ended with it. 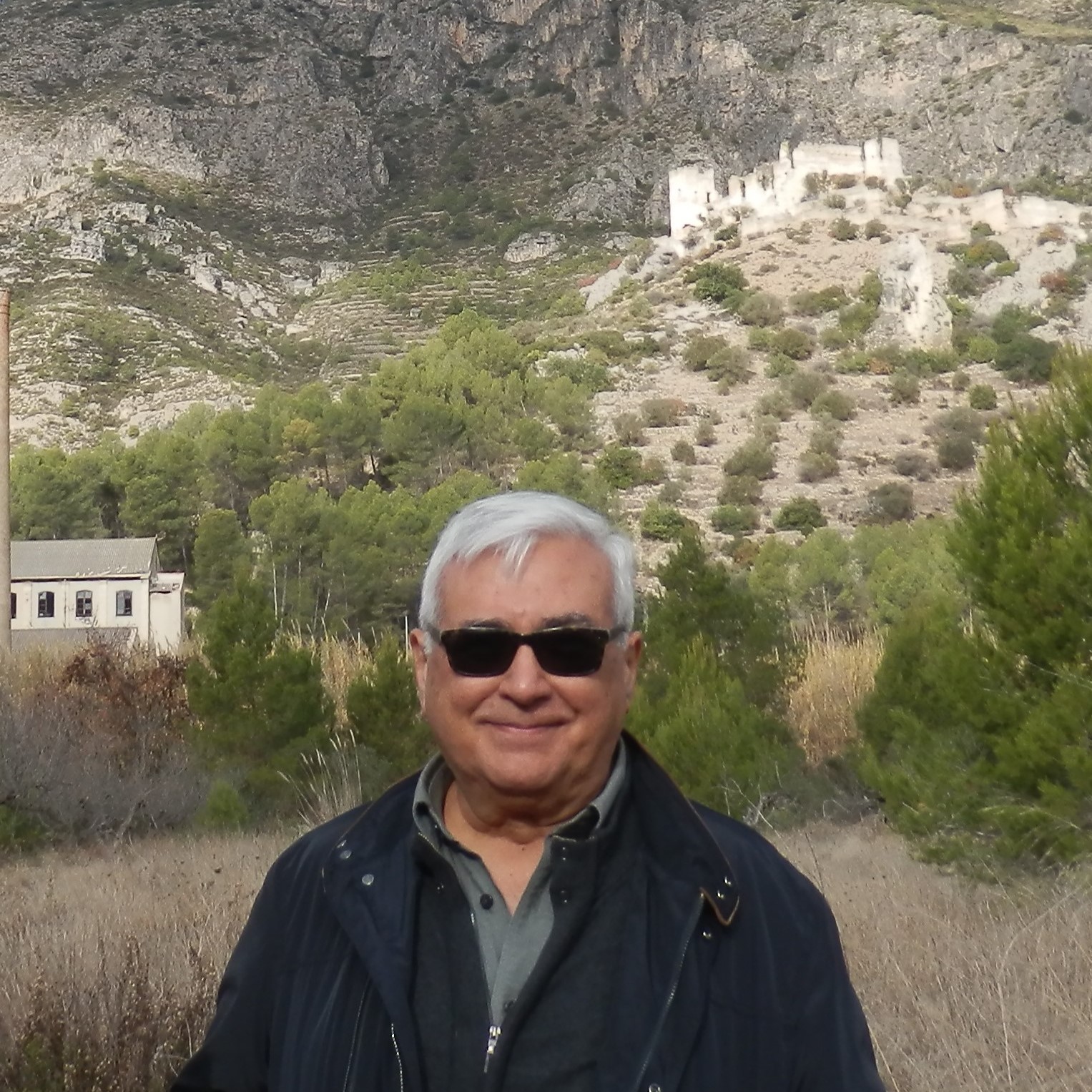