In this article, Daniel Climent talks about the ethnobotany of this mediterranean plant, known for its particular inflorescences, and a magical tale surrounding Saint John’s Eve and the start of the summer. Another article for the series Saint John’s Plants!

Saint John’s Eve, the night before June 24, represents the highest point in our ethnobotany relationship with plants. After having received gradual increases in their hours of sun exposure, the plants achieve their maximum excellence when the summer solstice arrives. It is the day with the longest period of daylight and, from that day on, the plants’ potentiality starts to decline.

A virtuous high point in the popular mentality, this day transformed medicinal properties in magical healing, not only of the body, but also the soul, including unsatisfied desires. So, on the evening of Saint John, many people, in groups or alone, would go to the terraces or to the edge of the irrigation ditch, to the field or to the mountains, to look for the magic plant whose virtues they longed for or to which they wanted to ask what they did not dare to say out loud. Because knowing what the future holds can also be a balm for the restless heart. And only during that night, some plants possessed an oracular character that was worth testing. It was the case of the “pine cone of St. John” (Rhaponticum coniferum or Leuzea conifera).

The infallible indicator of your future husband’s name

The pine cone of Saint John, commonly known in Alicante (Spain) as “carxofa punxosa” (prickly artichoke in English) is a plant that was considered to be the revealer of future loves and the object of a ritual that -in kind complicity with the older readers- José Ángel Guirao and Arturo Tresáncoras told in their book Entrañable Alicante. Curiosidades y anécdotas de la Terreta (1997):

«[…]One of these lost traditions was “anar a prendre el ros” (go get some fresh air or enjoy the dew). Although this habit was usual during the whole summer period, it was on the night of June 23rd to 24th when it was most popular. We used to join our sisters and friends who went out to search the “carxofa punxosa”, which according to the legend, at the stroke of midnight (also known as witch hour) by means of an incredible spell, opened its flower with purplish fears. This pilgrimage took us to the “Rastre de les figueres”, along the Garbinet road, where according to the strongest belief was where the guarantee of the desired oracle was realised more happily once the bewitched flower was obtained. By the way, did you know that Garbinet is a wind that comes from the sea, which is called Garbino, a word to which the people added the ending -et, a diminutive in our Valencian language? We were walking along a completely dark path, guided by the trembling and faint light of a “cresol” (candle), along a path embalmed by the effluvia of the jasmine trees of the orchards that bordered it and by the sticky perfume of “Galán de Noche” (the lady of the night or night-blooming jasmine). We were surrounded by complete silence, broken only by the barking of the guard dogs, which warned us of their presence, and by the nervous chatter of the girls. Other “alicantinos” (people from Alicante), conditioned by their place of residence, went to “Hort d’Arques”, in San Blas or to “El Botánico”, in la Florida, and there were still others who went near Fontcalent. Once they arrived at the place that had been previously located, they would search diligently in the “llum del cresol” for the desired flower, which had to be closed or, at most, “començara a esclatar” (starting to open). Then the girl’s hand would advance, excited and fearful of nocturnal sorcery, and she would reap the flower and then take it to her bedroom, placing it on a dish full of water under the bed. Then, she quickly went to bed, hoping that her dreams would bring her the image of her desired longed-for beau who would become her future husband, in a totally unequivocal omen.»

This ritual was not exclusive to Alicante. It was shared by numerous towns in the Valencian territory with different degrees of precision.

For example, in Altea (Marina Baixa region) and Moraira (Marina Alta region) unmarried women used to hide one of these artichokes under the bed, to which they had previously burned the upper “hairs”, the tubular florets or flowers that protrude from the bracteal envelope. If by the next day these “hairs” had grown back, this meant they would definitely find a suitor.

In Alzira (Ribera Alta region) they used to hide an artichoke under the bed and, if by the next morning the artichoke had opened and bloomed, the name of the next man they ran into on the street would foreshadow that of their future husband.

In other places, they used to write the name of the desired suitors on the “small leaves” of this “artichoke of St. John”, “shepherd’s artichoke” or “bitter artichoke” and leave them outside on the windowsill. The next day, the bract that had collected the most dew, the one with the most water, would reveal the suitor’s name.

As you can see, there were different formulas, but all shared the same goal: to predict the name of a girl’s future husband.

But there is more!

In addition to its prophetic powers, the pine cone or artichoke of St. John had other uses connected with the, so to speak, “α and ω” (alpha and omega) of the digestive tract. In other words, the mouth and the final part of the rectum.

On the left, detail of an inflorescence of Leuzea conifera / floracatalana.net. On the right, inflorescences in maceration / Emili Laguna.

As one of its phytonyms indicates, in many places it was called “shepherd’s spoon”, because the biggest bracts can be used as a rustic spoon. Furthermore, it also had a medicinal use, because it was good to treat varicose dilatations such as haemorrhoids or piles.

Emili Laguna, a wise botanist and beloved friend of mine, explains it better than I could in some notes he gave me: “the oil extracted from our shepherd’s spoon, either by prolonged maceration or by slightly frying its inflorescences, has always been a Valencian remedy used as an anti-inflammatory or vulnerary (to treat small wounds and bruises). But it is famously used to treat and cure haemorrhoids. Depending on the use, there are also those who macerate them in alcohol or boil them just when the remedy is needed, even in many regions they are used as a psychogenic amulet to avoid haemorrhoids, having to carry 2 or 3 artichokes in your pockets all day long”.

In any case, do not forget that in the clearings of the forests, in the thickets, slopes and moors, awaits you, humble but generous, the pine cone or artichoke of St. John. However, if you want it full of properties, you will have to harvest it on the night of St. John’s Eve. Go look for them! 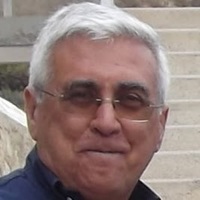