Seven plants that will help you understand Darwin

On the 12th of February, to commemorate Charles Darwin’s birthday in 1809, Darwin Day is celebrated all around the world. The aim of it is to highlight the importance of his contributions to the advancement of knowledge and, specially, to the development of the theory of biological evolution by means of natural selection. Although his research about finches, barnacles or large vertebrate fossils may be better known, he also studied in detail plant diversity and adaptation, which were essential for the development of his work on The Origin of Species.

During the spring of 1831, after finishing his exams and graduating from Christ’s College, University of Cambridge, Charles Darwin read Personal narrative of travels to the equinoctial regions of New Continent, during the years 1799-1804, by Alexander von Humboldt. He had not yet received an invitation to join the Beagle expedition, unpaid and as an assistant for collecting geological, palaeontological, zoological and botanical samples.  He did not know yet that his life would somehow be parallel to that of the already famous Prussian noble.

They both went against their parents’ opinion on their education and professional activity. Both had comfortable childhoods and were able to enjoy in large natural areas. Both developed theories and interpretations of nature that changed the way we understand the world and gave rise to modern biology disciplines.

Darwin and Humboldt embarked towards America when they were very young, younger than 30 years old – in fact, Darwin was only 22. In their trips, they first stopped on the Macaronesian islands (Tenerife, Humboldt; Cabo Verde, Darwin) and they were abroad around 5 years. Both spent the following 20 years studying their notes and the materials they had collected, and made hardly no other exploration. They were not great botanical collectors, they gathered around a thousand dried samples during their long voyages through continental and island territories. They were not the ones who studied the plants they had collected; it was other botanists who made their findings and newly discovered species public.

Darwin acknowledges in the introduction to his book The different forms of flowers on plants of the same species (1877) that it should be written by a “professed botanist, to which distinction I can lay no claim”. The British naturalist did not devote himself to the identification of plants nor did he concern about describing the botanical novelties he encountered on his American trip. However, he did take an interest in how they grew, and he spent time cultivating them and observing their development. As a gardener, an activity deeply rooted to the British nobility of the 19th century, he was a regular contributor in the magazine The Gardeneners’ Chrinicle, founded in 1841 by some of the most renowned British horticulturists and botanists. He published their first contributions in it, before submitting more detailed botanical studies to the Linnean society.

Darwin was interested in the adaptation of plants and, especially, in the ability to move of living beings that were so often believed to be immobile. He studied the growth of their roots and stalks, and he carried out detailed studies in his Down House greenhouse for understanding the forces that allowed lianas to climb, carnivorous plants to trap insects or pollen to move efficiently from one flower to another ensuring species’ offspring. He always paid attention to the evolutionary transitions that led from one form to other, always selecting the best adaptations.

As a keen observer, Darwin analysed the behaviour of hundreds of species, mostly exotic and obtained from British botanical gardens like The Kew Gardens.  But he also studied some wild plants that grew spontaneously on his Downe House, a few miles south of London.

Many of the species observed by Darwin are grown in the Jardí Botànic of the Universitat de València, and thanks to the explanations of the British author, we can easily follow their development or behaviour. We also know from him that the leaves of the angel’s trumpets (Maurandya barclayana) have sensitive petioles capable of twisting over the branches of nearby plants. That twist, that allows them to be attached and ascend above nearby plants, is completed in around 3 hours and seventeen minutes.

He also explains something that we can observe in our tropical glasshouse: climbing plants that develop tendrils, such as the chestnut vine (Tetrastigma voinierianum), are more efficient climbers than those that are attached by rootlets, such as the creeping fig (Ficus pumila). If we take a close look at the wall that encloses the glasshouse, where both species climb, we will be able to confirm Darwin’s postulates. The fig detaches from the wall and falls to the ground due to its weight, while the tendrils of the vine explore every possible direction until they find a support to get attached to.

In spring, we can see the vanilla (Vanilla planifolia) in bloom in the orchid’s glasshouse. It is a climbing plant with voluble stems which twist in the air to support itself and attach to the stems that get in the way of their development. But Darwin also explains the reasons why, without the common insects that live in the original Mexican rainforests, we can only make them bear fruit in order to get its aromatic pods, after hand pollination.

In this glasshouse there are many other surprises, but we will have to wait until midwinter to see the flowers of Darwin’s famous orchid, Angraecum sesquipedale – although he studied the behaviour of many other orchid species and their pollinators. The pollinator of this orchid from Madagascar, also known as Christmas star, was unknown in Darwin’s time.

This species helped to confirm the predictive nature of Darwin’s observations and his theory of evolution. He first came across these flowers in the glasshouse of his house, thanks to some specimens given to him by James Bateman (1811-1897), a renowned orchidologist. He observed the long spur of its petals where the nectar is located. He predicted that there would be a butterfly with a proboscis as long as the spur. By that time, it had not been discovered, but he knew that orchid offspring could only be guaranteed if such species existed to pollinate it. The discovery was made in 1907, almost 50 years later and, indeed a Xanthopan (Xanthopan morganii) was feeding on nectar while carrying pollen from flower to flower.

Darwin’s guided tour at the Jardí Botànic can be extended throughout the year. If we wait until the end of spring, we would be able to observe how purple lythrum (Lythrum salicaria) grows and blooms in the ponds of aquatic plants, and see its complex heterostyly with three different types of flowers on the same plant. They spontaneously sprouted at the edge of Darwin’s house ponds. We can imagine the author of The Origin of Species going deep into the mud to reach the flowers and watching the behaviour of the pollinator for hours until he understood the reason for this diversity: to force a cross pollination, increasing the combination between parents and, in short, make the evolutionary processes that will allow species to adapt to a changing world easier.

To finish this tour, we will mention some observations that lead us to the glasshouse of carnivorous plants, which should perhaps be called insectivorous, as they usually eat nothing but insects. In 1860, after observing the numerous insects covering the leaves of sundews in a peat bog near London, Darwin became interested in this curious adaptation of plants which live in heavily washed soils, without enough basic minerals needed for plant metabolism.

Darwin studied dozens of species of almost every genus of insectivorous plants for fifteen years, and he described their movements and feeding mechanisms in detail in Insectivorous Plants (1875). In the glasshouse we will see the shiny, transparent, reddish glands on the leaves of the Cape sundew (Drosera capensis) and remember that Darwin experimented on plants like these to identify the stimuli that moved their “tentacles”. He placed pieces of glass, cork or cinder on the leaves, with little stimulation of their movement. However, when he placed a fly on them, they rapidly reacted until the insect was trapped.

There are many other examples. Charles Darwin’s texts, with their detailed observations and descriptions, could go with us on a tour of the Jardí Botànic. We could stop at each plant and Darwin would make us understand how forces of nature have shaped their forms, colours, textures, aromas or movements. 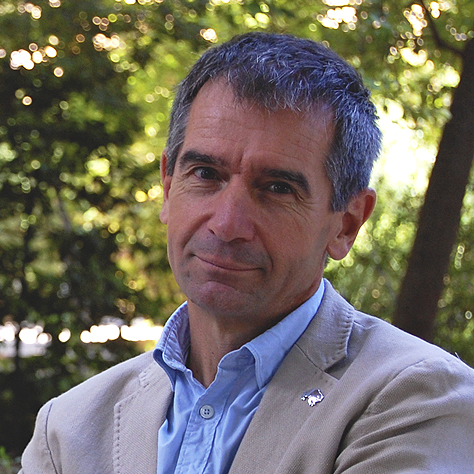 Conserving the Little Dragon of the Sierra de Gádor

Humboldt: the collections that never arrived… in Spain.