What is that sound? That screeching sound coming from the neighbour’s aerial. And that one? It seems like someone is clapping from a tree at the wrong time. Hold on, I can see something moving and making a sound on the street among the bushes. Look, it is a tiny bird that sounds like boiling oil in a frying pan! In fact, all these are birds that we can find in our urban spaces and that now, more than ever, thanks to human inactivity, can be observed and discovered from our homes if we look carefully. Pablo Vera, from SEO/ Birdlife Valencia, shows us how to identify and enjoy them.

Although it may seem surreal, it is actually happening. Being in lockdown it is somehow helping us to reconnect with the nature around us. We spend more time at our windows, terraces, and balconies, looking and listening to everything that is out there, looking forward to walking whenever and however we want, across the streets and gardens of our towns and cities. Suddenly, with the silence caused by the lack of people and cars outside, a new soundscape emerges; it was always been there before, but it went unnoticed. Now we invite you to rediscover it.

I am sure you have heard many times about the importance of the biodiversity around us, the impact it has on our physical and mental health and our quality of life. The connection is simple but overwhelming: we feel happier and more joyful when there are birds singing around us. We would pay more for a house in a street full of trees than in a street where there is only concrete and asphalt. It happens to all of us, we do not need to be nature lovers.

If we take a closer look, we can find nature in any space of the city. Trees, hedges, parks and gardens act as magnets and concentrate biodiversity, especially when they are native. SEO/Birdlife will focus on birds. Imagine an exhausted little bird that stops in the city during its migration and seeks shelter in any patch of vegetation. Or those who live with us on a regular basis and who gather in the branches of trees at dusk to tell each other how their day went. For all these reasons, we suggest that you pay attention to these green spaces in the city, no matter how small they are. We assure you it will be worth it. And what are the birds we will be able to see or hear from our window? You may be shocked by the answer

Ornithologists in Valencia have observed more than a hundred species from home in the first four weeks of the lockdown period. How much is that? Nothing but a third of the species found in the Valencian Community throughout the whole year. The bird life around us is incredibly rich and in the hustle and bustle of everyday life we fail to appreciate it.

However, this time we will focus on common birds, those that surround us every day. After all, they are the ones that will go with us when we leave our homes. This way we may appreciate their presence more and may be grateful for the good time they gave us when watching and listening to them from our window. Let’s get started!

This small brown bird is one of the most abundant urban birds, although in recent decades there has been a decline in its population. It is one of the easiest birds to find flitting between the ground and their shelter in thick trees of any size. It tends to make quite a racket when it gathers in groups.

One of the forest birds that has best colonised our towns and cities. It needs mature trees as it builds its nests on the hollow of trunks. It is unmistakable because of its black head and yellow belly with a vertical black line that looks like a charcoal stain, which gives it its name. Its song is one of the many that will take us to the Mediterranean forests from our balcony.

You will watch it hopping on grassy ground, showing the long tail that distinguishes it from the spotless starling. However, it is much more common to hear its melodious song even before daylight. If you listen to a shrill, it is probably its alarming sound warning about some threat. The rest of the birds of its species will immediately recognise that sound.

It used to exclusively live in the Mediterranean forests, but in the last century it has colonised any environment, however sparsely wooded it may be. Despite its small size and yellowish colour, which can make it go unnoticed among the tree leaves, it makes a great effort to make itself visible. It sings from high and uncovered branches and performs very striking courtship flights while doing so.

It is one of the most colourful birds of our towns and cities, and another forest species that has colonised urban spaces thanks to its woodland, where they build their nests on small branches. Its song is very similar to that of the European serin, but deeper, and it sings it even when it flies around the trees of the small urban territory.

It is similar to the house sparrow but with yellowish and greenish tones. If we take a closer look of it, it will stand out for its unmistakable tail, half of which is bright yellow. Its song is not very melodious, more of a characteristic repetitive chirp. It is always found near mature trees, where it builds its nest.

It moves between parks, gardens and plots, where it feeds on insects; and rooftops and aerials, from where it visibly sings. Its metallic song, a very typical sound in towns and cities, is just one verse in a rich repertoire that includes imitations of other birds it has heard throughout its life. Luckily, we can catch this “mimic” when we hear a great tit on an aerial or a common swift among tree branches.

It is the most abundant urban bird in the city. At this time of the year it moves in pairs, singing a characteristic repetitive cooing sound, as if saying “decaoootoooo” (hence its scientific name). Although it may not catch your attention when you see it, think that it has accomplished such an exceptional achievement. As far as we know, it is the bird that has increased its natural range the most and the fastest since the start of its colonisation of Europe in the 1960s.

After spending the winter in the Equatorial Africa, in April it comes back filling our skies with its chirps and dizzying flights. It is unmistakable due to its black silhouette, agile flapping of wings and long, curved, sickle-shaped wings. At dusk, while they have no nest, you will see them flying high and disappearing; they sleep flying at high altitudes. In fact, they only perch to incubate their eggs in the nest.

With its metallic blue colour and forked tail, it is a bird associated with the arrival of spring, the period in which it returns from spending winter season in the Gulf of Guinea in Africa. Its cheerful flights and the amusing song of males make it even more unmistakable.

It is a small, short-tailed swallow with white underparts. It builds its nests from mud under eaves. Its presence is also a blessing, as they feed on those annoying mosquitoes that appear during the hot months.

This small raptor has become an increasingly common inhabitant of cities, where it feeds on small birds, micromammals and large insects. It is quite a spectacle watching them glide and patrol their territories, producing shrilling sounds and hunting gulls and pigeons.

This is a very short list of the most common urban birds, but we could add gulls, Eurasian blackcaps, herons… and exotic parrots and aratingas. Little by little you will find out that you do not need to be an expert in birds to enjoy with them all. We can make the most of our time at home to practise and learn about the fauna and the nature that surrounds us.

To help you get to know the birds of the city and their relationship with urban parks and gardens or any greenspace, you can download “Un bosc de plomes”, here, the bird guide published by the Jardí Botànic of the Universitat de València and SEO/Birdlife. It is also useful for enjoying birds from your window, balcony or terrace. We encourage you to use it on your next visit to the Botànic, so that you can appreciate the diversity of birds in this “lung” and biodiversity hotspot of the city. This way you will appreciate some aspects that you may not yet have noticed or paid attention to.

Moreover, on the weekend of 18th -19th April, we offer you a great excuse to put all of this into practice in the 20th edition of the traditional Orthological Marathon that SEO/BirdLife organises every year. For 48 hours, anyone can participate in birdwatching from home, together with people living in the same house. A few days in which thousands of people will be able to give a broad picture of urban birdlife from all over the country, helping to get to know our birds better while enjoying them. You can consult all the rules and registration process on the  SEO/BirdLife website. If you can’t make it, don’t worry. You can train this year and sign up for the next edition, so come on and open your windows to nature! 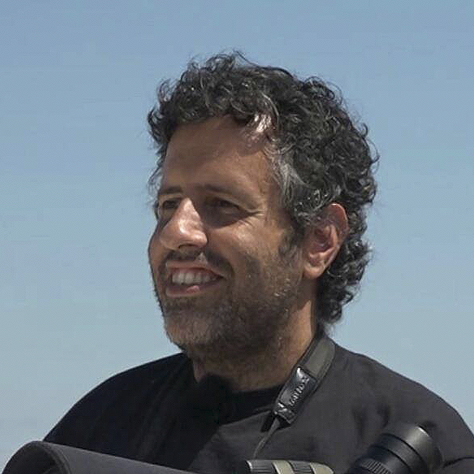