The moment when plants transferred their genes to insects: a window to the Permian

Darwin and Mendel would have been fascinated by the precision of the evolutionary biology of this century, especially when it comes to answering the questions that underpin the complex evolutionary processes of organisms. Once again, plants are going to guide us to an amazing genomic journey that led to conclusions which would have been unthinkable twenty years ago.

A few months ago, the journal Scientific Reports published the interesting findings of the research team made up of Walter J. Lapadula, María L. Mascotti and Maximiliano Juri Ayub, from the Instituto Multidisciplinario de Investigaciones Biológicas de San Luis (IMBIO), in Argentina. This research confirmed for the first time the discovery of two functional plant RIP genes in the whitefly Bemisia tabaci. Based on this result, we will explain this unusual jump in genetic material and how these genes, which are common in plants, were integrated in the genome of ancestral hemiptera millions of years ago. Moreover, we will attempt to outline the evolutionary keys involved in these unique genomic events that deeply affect ecology of both plant and animal species.

Genes that escape from their owners

The biological mechanism known as Horizontal Gene Transfer (HGT) allows entire genes jumping between evolutionarily distant species and colonising other organism’s genomes. It involves the transfer of genetic material between species without any reproductive event. On the one hand, it is evident that for complex organisms this idea contrast with the classical concept of vertical inheritance, i.e., genes are transfer from parent to offspring, but this is not the case here. On the other hand, HGT is frequently described in prokaryotes, but not in complex organisms (such as metazoans or plants).  In a  previous article,previous article, we explored the possibility of Horizontal Gene Transfer between plants. However, this time we go a step further and look at the plant-animal relationship. We will do so by following the evolutionary trail of the interesting RIP genes and how they have played an essential role in this unusual chapter of evolutionary biology.

The RIP genes (BtRIP1 y BtRIP2) that researchers have found in the whitefly Bemisia tabaci are now widely distributed in plants, both taxonomically and geographically. They have also been identified in certain bacteria and, to a lesser extent, in some fungi. The presence of RIP genes in plants is associated with the emergence of gymnosperms in The Permian period, at least 300 million years ago.

The ancestral RIP genes encode highly toxic proteins (N-glycohydrolase activity) due to their ability to irreversibly disrupt protein synthesis through inactivating cellular ribosomes in both procaryotic and eukaryotic organisms. This Ribosome Inactivating Proteins (RIP) can be isolated from leaf tissue, seeds and underground storage organs. Based on this toxicity, it has been demonstrated in experimental plant models that RIP is involved in complex defence mechanisms against fungi, bacteria, viruses and insects. Many aspects regarding the mechanisms of functioning of these plant defence molecules remain to be clarified yet. Therefore, nowadays some research groups pursue this line of research.

The paradigm of finding plant genes in insects

It is indeed rather paradigmatic that the Bemisia tabaci fly has ancestral genes from plant species, but it is even more interesting the fact that these genes are functional, as demonstrated by the Scientific Report research. To shed light to this unusual finding, the phylogenetic trace of RIP genes discovered in whiteflies has been followed; the evolutive history of these genes has been reconstructed to find out its origin. The results of the analysis, strongly support that the two RIP genes found in the whitefly derive from a single HGT event and are originated from a plant species that could not be identified. Phylogenetic analyses show even more accurate results and consider that this event took place between 80 and 300 million years ago (a period spanning the Carboniferous and Permian periods, as well as the entire Mesozoic era).

At this point we should ask ourselves, why have not this RIP genes disappeared from the whitefly genome? HGT derived genes remain silenced, some are not transcribed in cells and many others are deleted by genetic drift. In this case, over 80 million years of genetic drift has not caused genes to disappear and current research confirms that they have evolved through purifying selection, i.e., they are cellularly transcribed and have functional activity. Therefore, we must understand that they confer some kind of adaptive advantage to their new owners, the Bemisia tabaci fly. We do not know precisely the role RIP genes play in their new hosts. We can consider that other insects have been evolutionarily favoured by HGT events. In this case, it was not plants that donated their genes, but fungi and bacteria, and the adaptive consequence was to increase the trophic capacity of new plant resources. In short, exploiting new ecological niches that were previously inaccessible. On the other hand, it is possible that RIPs in B. tabaci, as in plants, are involved in defence systems against potential pathogens, but there is currently no evidence.

Weakness of the Weismann barrier, a genomic opportunity of the past

In the scientific community there is a consensus about the fact that HGT is common in the procaryotic world and it has evolutionary implications for organisms. However, it is not as common in more complex organisms in which numerous barriers prevent the acquisition of foreign genetic elements and their stable incorporation into the genome of germ cells, and therefore, their transmission to offspring. How is it possible that plant genes escape their owners and integrate into the genome of an insect? For this to happen, genes from the unknown plant must be incorporated into the germ cells of Bemisia tabaci.

This question is not easy to explain. The authors of the article consider that there is some kind of weakness in the Weismann barrier at early development stages of B. tabaci (larval stage), which would allow this acquisition of genes. In this sense, it is believed that the vehicle containing the genes would be the sap, since early development stages whiteflies feed on it. We shall recall that the Weismann barrier explains, how gamete-forming germ cells are responsible for transmitting genetic information from generation to generation, in metazoans, in contrast to somatic cells.

In other words, the genetic information of heritable traits contained in the genome has only one direction: from germ cells to somatic cells. There is no way that mutations or acquisition of novel traits in somatic cells are transferred to germ cells, therefore, they cannot reach successive generations. However, there are some known exceptions in plants, sponges and corals. Perhaps the Weismann Barrier is a recent evolutionary innovation and it was not as efficient and sophisticated millions of years ago. Researchers support the hypothesis that insects may be more susceptible to HGT than other animal groups such as vertebrates. This possibility has also been suggested in the plant kingdom, where we know several examples of gene exchange, with plants being the ultimate recipients of these gene transfers, thanks to their relationships with bacteria, fungi and parasitic plants.

Natural selection within an evolutionary context is traditionally presented as a slow, stable and gradual process, maintaining a vertical inheritance of characters which ends up giving an arborescent view of the evolution of species. Horizontal gene transfer offers the possibility of rapid and novel acquisition of functional capabilities that allow rapid adaptation to new ecological niches. In recent years, such HGT phenomena have been documented more frequently in complex organisms such as plants and animals. They are of great interest due to the fact that they can shape the concept of evolution and help to shed light on the evolutionary history of trait acquisition, which does not always follow an arborescent, but rather a reticulate view of the different species. We are sure that Darwin, Wallace and Mendel would have found these findings exciting. In the coming years, the research community will answer many of the unanswered questions about the role of HGT in the evolutionary history of species and, as we have seen, the plant world is key to this discussion. 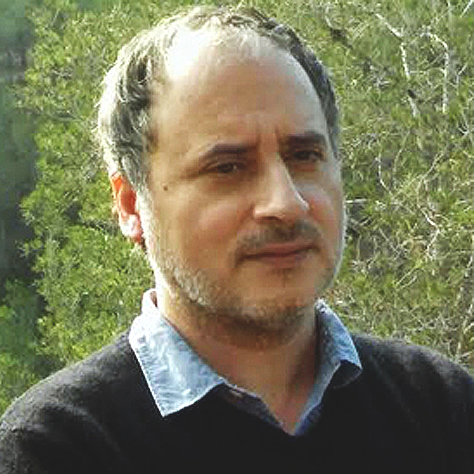