There are plants that do not attract attention. We can not expect a spectacular flowering or hypnotic leaves from them, but sometimes they are hiding many interesting things. In the Arabidopsis thaliana case some of its life cycle's characteristics and, especially, its genome have made it a very important plant in the plant research world.

Arabidopsis thaliana (L.) Heynh is a simple angiosperm plant, vascular and dicotyledonous, belonging to the family of Brassicaceae. Despite being native to Eurasia and North Africa, it is currently present in different regions of the northern hemisphere. Although it is related to other important plants, such as cabbage and white mustard, A. thaliana is a field plant not standing out at first sight. It is small, the leaves at the base have a rosette arrangement, and it has an elongated and simple stem. Furthermore, it does not have striking flowers of bright colors or voluptuous size, nor edible fruits. It is considered a brush that grows where it can with little impact on ecosystems. As for its use, it has no economic interest for humans, either in agriculture or as an ornamental plant.

On the left, the basal rosette of a Arabidopsis thaliana detail on the right, the whole plant. / Pere Barnola, www.floracatalana.net

Yes, it’s not a great presentation. So, why do we dedicate it an article? Because the role of A. thaliana was destined to stand out in some other areas. It is the most important plant in the plant biology research world since it is the reference model for all kinds of research. A model organism serves to understand how living beings work, therefore, any organism could serve. But only those that, thanks to certain characteristics, facilitate the research work are chosen.

What made A. thaliana finally become a model plant? The number of advantages and what they allow to do are the secret. Thus, all kinds of research can be carried out under this model, of which the physiological functioning is known to the millimeter –either to investigate metabolic pathways or certain genes’ action, functioning, or transformation. The result obtained will then be transferred to those organisms in which such result is needed to be applied or checked.

The leap to fame

The A. thaliana was discovered in the 16th century by the German Johames Thal in the Harz mountains, he named it Pilosella siliquosa. As usually happens in taxonomy, some time later the plant was changed to its current name, as a tribute to its discoverer. The truth is that this species went unnoticed until 1943, when Friederich Laibach looked at it as an object of study, discovering its five chromosomes. Furthermore, he argued that the plant was hiding a great potential for mutants’ study. Idea that was not supported by his colleagues at the time just because the chromosomes were too small to be seen under the microscope.

Arabidopsis thaliana plants under observation within the growth chamber of NASA’s Advanced Plant Habitat Flight Unit (APH) No. 1, prior to harvesting half of the plants / Original NASA photo. Digitized by Rawpixel Ltd

However, it was the first step in order to considering the plant as a potential model organism candidate. In the following decades, symposiums were held with A. thaliana as the main protagonist, organized by research groups that advocate its importance. But, since the path is often not easy, these symposiums were not very important. To perceive some changes in this sense, we have to travel back to the 80s, when it began to have popularity among the laboratories of plant biology. It is true that at that time there were other candidates destined to be model organisms –because of their greater influence on agriculture, such as the corn or the tobacco plant–, but finally our protagonist was the one who would get established as a model organism –thanks to certain advantages that made it more attractive, as we have already said.

What were the aspects making it so attractive to researchers? Let’s start with its functionality. It is a very small plant, which makes it easier to raise it in the laboratory no taking up so much space. Furthermore, it is simple to germinate on Petri dishes. On the other hand, it has short life cycles of about one year, and, in the laboratory, they can be shortened to six weeks, which means many generations can be obtained in a short time. More advantages? Its ability to self-fertilize helps in recessive genes studies. Finally, it can also produce a lot of seeds. In short: short life cycles able to generate thousands of individuals and occupying little space in laboratories, what more can you ask for?

We can still ask for more. This organism’s most important characteristics are on the inside, in the genes. On the one hand, it has one of the smallest genomes existing in the plant world, with only about 135 million base pairs in five chromosomes. On the other hand, it is composed of 85% coding genes, something uncommon and an important advantage when identifying and locating genes among the DNA –since it is not necessary to poke around irrelevant genetic material. But, the most decisive characteristic in choosing Arabidopsis thaliana as an ideal candidate was the facility it has to transform its genes or add new ones using plasmids by DNA transfers with bacterium Agrobacterium tumefaciens’ help. Thanks to this, mutants could be generated and the function of numerous genes could be detected. Expressing it briefly, the key point that allowed to bring A. thaliana to fame was its few genes and the facility to modify them.

To conclude, it should be added that in 2000 its genome complete sequence was obtained thanks to a research project called AGI (Arabidopsis Genome Initiative) joined by different research groups around the world. It became the first plant, and the third pluricellular organism, with sequenced genome (the first were Caenorhabditis elegans and Drosophila melanogaster). Currently, studies about it are still ongoing. It plays an important role in the investigation of pathogens, metabolic pathways, biochemical compounds, as much as in the new genes functioning investigation for more efficient crops –all in order to better know plants. This model still has a long way to walk in the plant biology world. 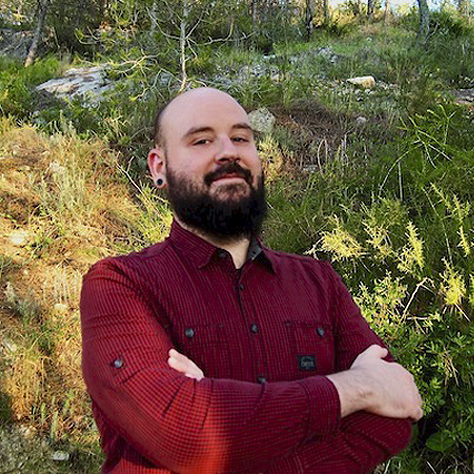 The curious language of plants