When plants scare the stem out of you!

Dragon’s mouth, doll’s eye, devil’s hand… this could perfectly be a witch’s recipe to brew up a potion against evil spirits featured in a horror movie. But nothing further from reality! We are actually talking about plants! And some species could definitely give you a scare while you are calmly walking through the forest..

Apart from the bloodthirsty, but lovely, carnivorous plant from Little Shop of Horrors, the invasive climbing plants that shot poisonous darts to the main characters in Jumanji or the fantastic creatures appearing on the Harry Potter saga (Eva Pastor wrote about them a couple of months ago in espores), plants are rarely portrayed as monsters in horror films. And I am pretty sure if I ask you what gives you the creeps, it is alive and is not human, spiders, rats and cockroaches will win against any plant.

But does this reflect reality? Can plants be scary? The plant world is really fascinating. You will be surprised by plants and what they can do in order to survive. So, giving the terrifying atmosphere of this time of year, when festivities such as Halloween, Samhain, All Hallows’ Eve or the Day of the Dead, all related with death and spirits, are celebrated, I want to introduce you to some of our planet’s strangest plants, which deserve to be classified as monstrous plants. Judge for yourselves! If you dare…

In some places on Earth, like peatlands, sandy areas, or rocky outcrops, the substratum is so poor in nutrients that plants living there have become really inventive and have reversed the role of the victim we usually attribute them. Those plants are known as carnivorous plants. In this case, they are the ones eating other animals and not the other way around. Even though they do the photosynthesis, like any other plant, they get nitrates, phosphates and sulphates from animals, because they cannot get them from the soil they live in.

Insects are their main prey. That is why a fascinated Darwin wanted to name them “insectivorous plants”. But spiders, nematodes, and even some distracted rodents or amphibians have also become a feast for these amazing rarities of the plant world. More than 20 genus of carnivorous plants, belonging to 10 different families, have been described. They all catch their prey using different techniques based on visual signs or appealing smells to attract a yummy reward.

Some, like the Venus flytrap (Dionaea muscipula) that grows naturally in certain wetlands and swamps in North and South Carolina, have leaves that have been modified to create traps. This way, when a potential victim lands on one of them, the leaf quickly closes, becoming a real stomach to digest the prey. But, to avoid unnecessary energy waste, the flytrap has a double safety system in which two of its six sensitive hairs must be touched within 20 seconds of each other to activate the locking system. This allows them to distinguish between a moving insect or just a drop of water.

Slippery surfaces leading to a moat riddled with digestive enzymes, hairs with drops that look like dew but are actually a sticky substance stronger than most glues or tricky trapdoors that open and suck their victims using negative pressure. These are just some of the fascinating mechanisms developed by carnivorous plants to catch their prey that make them quite the killers!

However, there are other plants that could be charged with involuntary manslaughter. In this case, they do not want to feed off their victims, it is more about protecting themselves from being eaten. These are considered poisonous plants. Some of the most known species are the hemlock (Conium maculatum), the yew (Taxus baccata), the belladonna (Atropa belladonna), the castor bean (Ricinus communis) or the oleander (Nerium oleander), among others.

But among all, there is one that takes the cake: the manchineel tree (Hippomane mancinella). Considered the world’s most dangerous tree, it grows on sandy soils in some coastal regions of Central America, South America and the Caribbean Islands. It is so poisonous that it is not recommended to lay down under its branches to take a nap on a sunny day or seek refuge during a storm, since in both cases you could end up with irritated skin, severe blisters or even blindness in case of contact with its sap.

Although it is dangerous to touch or eat any part of this tree, what is truly deadly are its juicy and appealing fruits. They look like an apple and are seemingly displayed for animals to spread their seeds. But nothing further from reality. Actually, seeds contain a really high concentration of a toxic alcohol known as phorbol, which obstructs the throat, causes vomiting and diarrhoea, and can be lethal depending on how long it takes the emergency service to arrive. Don’t count on prince charming to save you!

When we picture a ghost, whether it is for its almost transparent and pale figure or because of the whole image of a screaming blanket, white always comes to mind. Well, you know what? Nature also hides some spectral and unusual plants. And they bear a secret: no photosynthesis! So, the usual green from the chlorophyll (photosynthetic pigment) is nowhere to be seen.

We are talking about plants like the Monotropa uniflora, known as a ghost or corpse plant. It is a mycoheterotrophic species, meaning it gets its food from parasitism upon fungi. Its roots are connected to the fungus mycelium, forming mycorrhiza. But, in this case, nutrients only flow from the fungus to the plant. This is how they survive in the gloomy rainforests of North America and temperate areas of Asia where their white colour stands out in the darkness.

This “lifestyle” is also observed in the curious species of the genus Thismia. These tiny plants are commonly known as fairy lanterns and can be found in primary forests all over the world, specially in Borneo. They live underground, do not have leaves and their fleeting flowers are their only visible part, even though they are only a few centimetres high. But they do stand out thanks to their beautiful shapes and semi-translucent colours that make them look like lanterns.

A similar case is that of the species of the genus Rizanthella or the Epipogium aphyllum, both considered ghost orchids. But not only because of the way they look, but because they live most of their lives underground and are difficult to spot. They have short and thickened rhizomes that serve as nutrients storages for the orchid and to make contact with fungi.

The most common ghost orchid, the Polyrrhiza lindenii, is capable of photosynthesis, but it is leafless so it is directly done through its roots. It is an epiphyte plant, so its flat roots grow and expand on the bark of trees. But it is its flowers, which rise white and ethereal on a thin flower stalk, that give it its name, as they seem to be floating in the air.

But perhaps the most surprising of the ghostly plants is the Diphylleia grayi, an apparently normal species (green leaves, photosynthesis…) but with peculiar flowers. Usually, they look like normal flowers, however, when the rain hits their petals they turn transparent! It may seem like a magic trick, but is actually a physical phenomenon called reflectance.

On a sunny day, the petals’ air-liquid interface causes diffuse reflectance, giving them that white colour, while on rainy days water enters the petals, producing a water-water interface that increases light transmission and makes them look transparent. Impressive, right?

As plant lovers, you must know the Mediterranean plants popularly known as bunnies or snapdragons. They are named after the particular shape of their flowers, which also play an important part in the pollination process. We are talking about the species pertaining to the genus Antirrhinum, the best known on our territory being the A. majus. However, not everybody knows their fruit: after they have been pollinated, they leave behind a quite curious capsule. If you turn it upside down, you will see a small and macabre skull looking right at you.

However, the most terrifying look of the plant world undoubtedly belongs to the Actaea pachypoda. We all know plants are unable to see, but this species’ multiple berries, emerging from a reddish stem, have the opposite effect. Formed by the flower’s stigma, these globular fruits are completely white except for a mark in the centre. This is why the plant is known as the doll’s eye. Its appearance is so curious, you will not be able to take your eyes off it, if you are lucky enough to find one while hiking in the forests of Canada and the United States. But remember not to touch it: the whole plant is toxic, especially its fruits.

Now we move from sight to touch. It is obvious that plants have no hands, but the red flowers of the Chiranthodendron pentadactylon, (also known as devil’s hand) make us want to get a high five from the devil himself. This unique species, native to Mexico, was worshipped by the Aztecs.

Nevertheless, you will not feel the same need to touch the flowers from the genus Dracula. This orchid’s name, an homage to the most famous vampire of all time, was not chosen by chance. They like cool and dark places, but they won’t bite us. Remember: monsters do not exist. I think… Who would have thought it with the aggressive appearance of those long spurs coming out of the sepals and the curious monkey faces that appear in their strange colour patterns.

And what does a vampire turn into whenever it has the chance? A bat! Well, we also have a plant version of this winged mammal that grows in the tropical forests of Southeast Asia. The Tacca chantrieri, also known as the black bat flower, has some unique flowers: black or dark violet with large dark bracts extended like bat wings surrounded by numerous filiform bracteoles, which can reach up to 10 in. What a monster of nature!

To conclude, let me introduce you to the Rafflesia arnoldii, an Asian parasite plant unable to photosynthesise because it is leafless, like some of the plants I talked about in the beginning of the article. However, it has the biggest flower on the planet, which can reach up to 3 ft in diameter and weigh up to 24 lb and appears once in every couple of years.

But how is that possible? Well, it parasites other plant’s roots by sinking its modified underground stems, known as haustoriums, on their victim’s vascular tissue and sucking up all the things needed for its development. Plus, it emits an unpleasant smell of rotting flesh, which they enhance with heat to attract their pollinators: the carrion flies.

And finally, a kiss to say goodbye, not from me but from the red and yummy lips that the flowers of Psychotria elata seem to have when they begin to open. Don’t you love it? 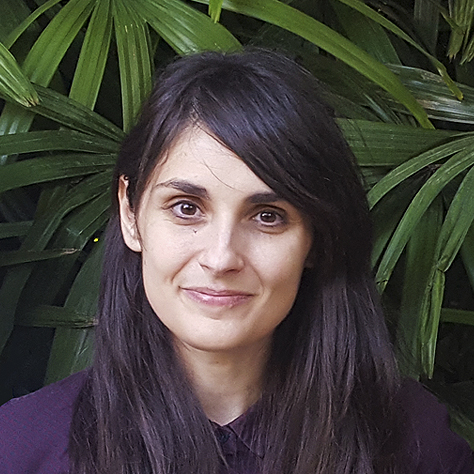