Botanist of the month- Joan Pino

Prades Mountains aroused  Joan Pino’s interest in nature. The great fires in these mountains from Tarragona during the 80’ make him pursue his vocation for Botany, specifically, the study of the distribution and dynamics of plant communities, as wells as their response to disturbances. He is an expert in landscape ecology, applied to both spatial planning and biodiversity conservation. Besides being professor at the Universitat Autònoma de Barcelona (UAB, Spanish acronym), Pino is the Director of the Centre for Research on Ecology and Forestry Applications (CREAF, Spanish acronym), with Severo Ochoa Recognition of Excellence.

How long have you been working in botany?

Although I am a botanist, I do not work in any botanical research centre. I am the director of a centre for terrestrial ecology, CREAF, located in the Universitat Autònoma de Barcelona (UAB). This is kind of funny, because in Spain botanists and ecologists has had their differences in such fundamentals aspects as the conception of plant communities. The former, mainly Clementsian, tend to differentiate and named them on the basis of their composition. The latter are mainly Gleasonian and often consider them as something continuously variable according to spatial and temporal gradients. Needless to say, in science the school of thought you belong to can condition your relationships and even your academic opportunities. And I can say that I have been part of both schools, picking up the best of each and, at the same time, exposing myself to their criticism.

Why did you decide to become a botanist?

Despite coming from Sants neighbourhood (Barcelona), during my childhood I spent long summers in Alcover, a countryside village in Tarragona, at the bottom of Prades mountains. I immediately felt attracted to nature there. However, my interest in botany aroused later, when some fierce fires spread in those mountains in the mid-1980. They generated in me a special interest in studying the distribution and dynamics of plant communities and their response to disturbances. I was studying biology in the Universitat de Barcelona (UB) and I had to choose a specialisation at that time. I opted for botany, more specifically, geobotany, which I found out thanks to great masters such as Oriol de Bolòs, Josep Vigo and many of their disciples. They were the ones that help me growing and understanding plant environment and the determining factors of it. From the day they invited me to join their projects, my interest in plant and habitat cartography aroused. I have to admit that other more traditional branches such as taxonomy or floristics have never caught my attention.  Once I finished my degree, I started my PhD thesis at the Botany Unit of the UB, directed by the professors M. Masalles and Francesc X. The thesis focused on the biology and population dynamics of a plant of alfalfa crops from Lleida: Rumex obtusifolius. Again, I focused in rather quantitative aspects, away from classical botany, and relatively close to ecology.

What does your work involve?

I have ended up being professor of ecology at the UAB and researcher, and even director of CREAF. When I joined this centre a new line of research, focused on landscape ecology and based on land cover and land use of maps and GIS, was being developed. I have applied this line in land planning and biodiversity conservation from seeds, specially working with the Autonomous Government of Catalonia, the Provincial Deputation of Barcelona and the metropolitan area of Barcelona through a great number of agreements and contracts. During this new stage I also met experts who taught me a lot about community ecology like Jaume Terradas, Ferran Rodà or Francisco Lloret, and Xavier Pons, my eminent professor of GIS. However, my contact with botany was reduced to broad categories of land cover, where their connexion or carbon sequestration capacity was more important than their species composition. Yet, after all, botany has continued upholding my research, unfolding the relationship between the structure and the dynamics of the landscape and plant biodiversity. I have studied the effect of landscape on plant invasions, the relationship between fragmentation and plant extinction in pasture in Tarragona’s mountains and the relationship between the expansion of new metropolitan forests and their colonisation by native and exotic plants. Well, I used to do all of this, but now I mainly manage CREAF, a research centre with more than 200 people…

What would you highlight about the current state of science?

Life is not easy for young researchers, as you may know. It was when I became deputy director of CREAF that I first got involved in research management in 2012, when public centres, and specifically research centres, suffered a deep cut in budget. Since that year, I have seen how the working conditions of research staff have deteriorated. Although CREAF is still a good source of opportunities for those interested in science, I am particularly concerned about certain groups, such as technicians or postdoc researchers. The former because they often have a series of temporary contracts linked to projects and the latter because it takes them more and more to settle down. They are constantly applying for new grants with more competitive processes, forcing them to move to other centres and even other countries. I am also concerned about the low remuneration of Catalan and Spanish scientists, which makes it very difficult to attract and keep talent.

How has your research methodology changed over the years?

My research has changed a great deal, especially with the explosion of statistics, modelling methods and Geographic Information Systems (GIS). I did a thesis with classical methods, based on the delimitation of plots and not very sophisticated samples: I counted, measured and weighted individuals and/ or their parts, and then applied relatively simple statistics to the data obtained. Even so, my thesis was one of the first in Spain to apply matrix models to the monitoring and modelling of plant populations. Regarding cartography, I started with image interpretation of vegetation maps with aerial photographs under the stereoscopes, but when I arrived to CREAF there was an explosion of GIS tools and digital cartography. I even had to study a Master’s degree and ended up becoming a renowned expert in all these methods. Later, when I joined as a lecturer to the UAB I studied the spatial analysis methods in depth and applied them to ecology in a specific subject of the Master’s degree in Terrestrial Ecology and Biodiversity Management at the UAB.

What tools do you usually need?

I need many well georeferenced data such as pixels from raster images, points corresponding to forest or plant inventories and polygons of habitat clearings, in addition to several analysis and modelling tools. I am a quantitative botanist with a strong interest in the study of spatio-temporal patterns. I am increasingly working with large database, to explore patterns of distribution and abundance of different plant species, or attributes such as biomass or connectivity of plant canopies. I am training in R, a collaborative platform of modelling and statistics tools which is being increasingly used in research.

What other fields have you learned about in your specialisation?

This obsession of mine with quantitative botany and spatio-temporal patterns leads me to constantly explore new data sources (geodatabases, new sources of remote sensing such as high-resolution satellite image, Lidar and other airborne sensor data) and new analysis methods. I have also evaluated the potential of the so-called social sensors, volunteers who collaborate in data collection on citizen science platforms. In the field of botany  RitmeNatura is worth mentioning; it collects phenological data from plants, birds and butterflies to gather evidences of the climate change effects on biodiversity.

Have you met interesting people through your research?

The fact that I have worked in two different universities and a research centre as well as in basic and applied research has brought me into contact with a large number of very interesting people, it is difficult to choose one. Perhaps, I would highlight Richard T.T. Forman, a world-renowned landscape ecologist who landed in the post-Olympic Barcelona through Barcelona Regional, a research agency that was working on updating plans of the Barcelona Metropolitan Region. Dr Forman visited us at the UAB and I remember Dr Terradas and Dr Rodó and myself acting as cicerone around the metropolitan region. We explained to him our work on the effect of the structure and dynamics of landscapes on metropolitan biodiversity and helped him understand the functioning of these landscapes and their vulnerability to pressures such as habitats fragmentation and infrastructure proliferation. Fortunately, all these lessons were collected in his book called Mosaico territorial para la región metropolitana de Barcelona (2004), which had a great influence on the Metropolitan Territorial Plan of Barcelona, approved in 2010.

Which botanist would you have liked to meet?

Dr Oriol de Bolòs, because I met him at the end of his academic career. I only had him for a few PhD courses and I would have liked to spend more time with him, especially while I was cartographer in the Botany Unit, which I joint right after he left. I am sure I would have learnt a lot. I would also have loved to meet great geobotanists such as Frederic Clements or Josias Braun-Blanquet.

Are you allergic to any type of plant?

I am extremely allergic to an “old friend” that causes many allergies all over the Mediterranean: the spreading pellitory (Parietaria Judaica).

How do you imagine future botanists?

People of many talents. Experts in plant biodiversity, obviously, but also trained in some methodological discipline (omics, cartography and spatial analysis), or even in more social aspects such as dissemination of knowledge and citizen science, as well as conservation biology. 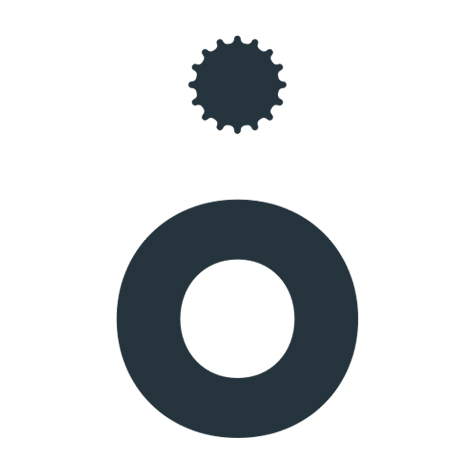 Botanist of the month: Susana Gómez

Botanist of the month: Belén Albertos