A hotel with a garden for monarch butterflies

In the summer of 2018, I stayed with my family at the Hilton Chicago Oak Brook Hills Resort & Conference Center (Illinois, EEUU). Our big surprise was to see that in the hotel’s garden there was a small and curious place with a plaque that said: “Monarch Waystation”. Within minutes we understood what was going on: several monarch butterflies were fluttering around us.

The monarch butterfly, Danaus plexippus (Linnaeus, 1758) is a lepidopteran with a holometabolous life cycle. This means that they have a complete metamorphosis, with every stage of development: egg, larva, pupa or chrysalis and, finally, adult butterfly. The butterfly weighs 0.5 grams and has a wingspan of 8.9-10.2 cm. The male is slightly larger than the female and has a gland on its wings that produces pheromones. It is distributed mainly from northern Canada to southern Peru and northwestern Argentina.

Every year, as autumn approaches (between August and October), the monarchs set out on a 4,200km journey from the United States and Canada to reach Mexico, where they spend the whole winter. They specifically hibernate between Michoacán and the state of Mexico, in forests of oyamel fir, pine, pine-oak, oak and cedar (Cupressus lusitanica). But do all generation of monarch butterflies fly to Mexico? They do not. Several generations of monarch butterflies are born and die in the United States and Canada. The generation known as “Methuselah”” is able to make this journey because it lives for about nine months, while the others normally live for one month.

Monarch butterflies take two different migratory routes to fly to the United States and Canada: the eastern route (taken by 90 %) and the western route (chosen by 10 %). At the end of the journey, females lay about 400 eggs of 2mm each on the reverse of leaves of different Asclepias species, the genus of plants on which larvae feed. About a week later, the eggs hatch and the larva spend a week or two feeding until they find a safe place to transform into a chrysalis.  Two weeks later, the butterfly emerges.  This whole cycle lasts about a month, depending on the environmental temperature. These adult butterflies usually live between four and five weeks. Most of them breed in the United States and Canada, where there are two or three generations of butterflies.

In Canada alone there are about twelve different species of Asclepias. In this country they have developed a citizen science project called “Mission Monarch” that aims to map and identify Asclepias species in order to contribute to the survival of the monarch butterfly.

Asclepias or milkweed is a genus of plants that belong to the family Apocynaceae. Most species are distributed in North America. They are perennial plants with annual stems and have bright green opposite leaves and they produce latex. They have colourful flowers (orange, purple, yellow, white), grouped in terminal and axillary inflorescences. In many parts of the word, including most of Europe, Southeast Asia and part of Australia, they have been introduced. The caterpillar feed on leaves and butterflies from nectar, although they can also drink it from other melliferous flowers.

Both larvae and butterflies are brightly colourful, which not only makes them attractive but also a warning to potential predators. In fact, they are not tasty and are poisonous because they accumulate cardiac glycosides in their bodies that come from the plants on which they feed. Depending on the quantity the predator ingests, it can be lethal. Even so, some birds feed on caterpillars, and the black-eared mouse feeds on dead butterflies.

But there is something curious about this species that make it surprising and extraordinary. When autumn approaches in Canada and the northern United Stated (after mid-August), a generation of monarch butterflies called “Methuselah Generation”, which delays its reproduction, is born. This fourth generation of butterflies lives up to nine months, flies from the United States and Canada to Mexico without ever having been there before, in a two-month journey (in early November), and stays there for five more months, mating in spring and returning to their place of origin.

Monarch butterflies become pollinators insect as adults. Therefore, they are essential because they increase gene flow between the plants they drink nectar from, and carry out entomophilous pollination.

In the United States, there is a programme for creating habitats where monarch butterflies can access milkweed. To this end, a whole network of spaces in which the caterpillars can feed and the butterflies can drink the nectar of the flowers during the spring and summer has been created. In this way they prepare for reproduction so that when the “Methuselah” generation is born it can travel to Mexico.

This programme is really important because milkweed grows in areas near crop fields and pastures where pesticides are used and roadsides are cleaned, something that negatively affects monarch butterfly population. This is the reason why the creation of “Monarch Waystations” in private plots, schools, hotels, etc. is such important, as growing and caring milkweed offers a place for monarch butterflies to feed on during their long migratory route.

There is no minimum surface, although 10 m2 is the recommendation. It is important that plants receive at least six hours of sunlight every day and that they are cared for (drainage and good aeration of the root system). A minimum of ten plants of one or two species of milkweed (genus Asclepias) is recommended, which may be accompanied by other flower species of annuals, biennials and perennials that produce nectar.

Having a “Monarch Waystation” requires a commitment to care and maintain plants. The project suggests planting milkweed species on the basis of four ecological areas within the United States, so that monarch butterflies can feed no matter what migratory route they take.

My family and I were in the Northwest ecoregion and were able to enjoy the 60523 habitat, of suburban type and classified as small in size (less than 20 m2). This habitat was created on the 20th of August 2014, at Hilton Chicago Oak Brook Hills Resort and Conference Center (Oak Brook Illinois).

On the 20th of January 2020, there were 27,152 Monarch Waystations. In Chicago city, and particularly in the Rogers Park district, there are projects aimed at making the monarch butterfly journey easier, by providing them with milkweed for feeding and access of other flower’s nectar. This protection is necessary.  Researchers of the Field Museum of Natural History of Chicago claim that the population of this butterfly in North America has declined by 80 % over the past two decades.

It has been known since the 19th century that these butterflies fly in large groups. But it was not until mid-century that it was studied and proved that they migrate and hibernate. In 1975, two naturalists, Kenneth C. Brugger and Catalina Aguado Trial, travelled by caravan through the Michoacán mountains and discovered the hibernation areas. In 1976 National Geographic published an article written by the entomologist, Fred A. Urquhart, together with Aguado, Brugger and his wife, describing the process of discovering the hibernation sites (without specifying the exact places).  Years later, protection measures were arranged.

The Monarch Butterfly Biosphere Reserve is currently located in the eastern part of Michoacán and the western part of Mexico. It was declared World Heritage site by UNESCO in 2008. Some of the colonies are open to the public. For years butterflies have been tagged with ultralight stickers in order to learn about the migratory routes between Mexico and the United States and Canada.

Every year there are meetings and symposia on the conservational status of this species and its habitats. It is vital to known its biology in order to protect it.

Despite the protective measures, population has sharply decreased over the past two decades due to several factors such as the loss of asclepias in the United States (both in the migratory route and in the breeding sites). This is because these are considered as “noxious weed” in the areas of cultivated fields and are removed with large quantities of herbicide which is highly toxic to monarch butterflies, especially to those of the “Methuselah Generation”, as well as to other pollinating insects. Other aspects to be taken into account are the degradation of the forests where they hibernate in Mexico, unregulated tourism and climatic conditions (temperatures above 35 ºC make the eggs not hatch; they also do not tolerate dry conditions in combination with high temperatures).

Nowadays in order to protect this species, there are different projects related to habitat conservation and restoration, research, monitoring and citizen participation (education and conservation culture).

Other places where monarch butterflies can be found

This species of butterfly is also capable of taking transatlantic flights. Therefore, it can be found in the south of Great Britain. In Spain it can also be seen in the Canary Islands, Cádiz and Málaga, where it feeds on tropical milkweed (Asclepia curassavica L.), which must have come from Central America, and swan plant, (Gomphocarpus fruticosus (L.) W. T. Aiton), native to Africa. These are allochthonous plants and arrived in Spain several centuries ago. 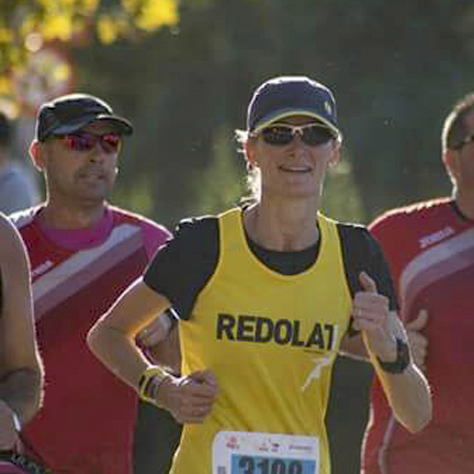