The three previous articles about ikebana have been devoted to describing this art's peculiarities, its essential canon, as well as some of its aesthetic and spiritual values. In this chapter, I would like to present one of the classic styles that has survived to this day: rikka.

Rikka is the closest style to the landscape idea of all ikebana typologies. It gathers a greater variety of vegetables in dense and profuse compositions but, even so, articulated in clear and very beautiful structures. The concept of landscape, in this Japanese cultural context, does not match with a framing, view, or portion of natural reality. From the oriental point of view, bamboo leaves shaken by the wind can be a landscape.

Ikebana is always an art of evocation. It does not represent or imitate nature. When we come to perceive the essence of a landscape by contemplating a rikka arrangement, it is an illusion, a poetic image suggested by a free plant species association sharing an artificial space. It’s the creation of harmony that allows us to remember the experience of feeling immersed in nature itself.

Rikka is the most valued and difficult traditional form of ikebana. If the shoka style could be equated with our western idea of classicism, rikka would be baroque. Shoka achieves balanced perfection, rikka reaches the most intense expression. Nature is always revered through ikebana, and rikka culminates to the highest degree of this art spirit whose object is the plant world beauty conceived as something sublime, mysterious. Through ikebana, we meditate on how incomprehensibly wonderful life is. A rikka arrangement, with its sumptuous complexity, shows this kind of veneration through the delicacy of its multiple works that allow showing that miracle. It is a ceremonial arrangement, neither everyday one nor decorative. It arose under the influence of the Buddhist religious offering.

Unlike other simple and direct styles, rikka is sequential, full of nuances and accidents evoking the mountain range elevation, the valley’s lap… suggesting the imaginary and fluid descent of the water from the mountain to the sea through streams, rivers, and waterfalls that would cross the most eroded mountains, forests, valleys, and even human populations… from the highest summit to the foot, the water. You can perceive this kind of journey, especially, in compositions made of large pine branches in the upper area and more herbaceous species at the base. Rikka conveys the landscape idea because is a dense ikebana, which brings together different altitudes’ vegetation into a real orography and idealized composition. It creates spaces that seem walkable. It is a splendid style looking for revealing the coherence of a whole, the natural congruence defined by Humboldt today called an ecosystem. It artistically shows a plant richness evoking the relationship network between species that occurs in nature itself.

At this point, I would like to clarify that ikebana is an ephemeral art. Despite the apparent coincidence of the rikka style with the landscape character of bonsai cultivation, ikebana does not try to miniaturize plant species or to compose natural scenarios scale as little long-life groves. Ikebana artistically creates an arrangement, made of cut branches, that does not last more than a week, sometimes daily replacing some parts of it.

Historically, rikka’s origin can be traced to Buddhist offerings. The oldest existing references we have about it go back to the year 1300. It acquired a more defined form at the end of the 16th century and was consolidated in the Edo period (17th-19th centuries), during which naturalistic and simple styles leaned in favor of this very elaborate one, which, concerning the form, approached nature from a richer point of view, impregnated, at the same time, in a high sacred feeling. The naturalness tendency and the meticulous construction tendency converged. It was, thus, standardized through the definition of compositional rules and meditated proportions, establishing its nine yakueda (ikebana’s branches or parts). In the harmonious whole created, every element is necessary and expresses its differentiated and precise form. Height, amplitude and depth, lightness and expansion, concentration, and weight, are established by measures, proportions, and ascending or descending lines.

The nine branches’ names and their compositional functions are precisely specified, since then. They are as follows: shin (also known as the heart) is upwards-oriented and is the most powerful, highest branch, the high center. It is nuanced and seconded by soe (the added brunch), which is its support. It is also upwards-oriented but is smaller in size and strength. Shoshin (the small heart) is the upper center stabilizing the composition. It is a branch that neither draws lines nor projects itself in space, but thanks to it the space is fixed and defined in one point, establishing the axis center height. Descending, the branches unfold in uke (the receiving branch), which opens in space, widening and compensating the shin opposite side. Mikoshi (the crossed branch) gives it depth. Nagashi (the serpentine branch) gives movement, expanding outwards since is the strongest and most extreme branch of the lower area. Hikae (the branch that waits), delimits and balances the lower area on the opposite side. Dō (the trunk) provides compactness and stability in the lower central part. It is the arrangement’s belly, the solid supporting structure, which is dense and firm, made of thick material, full, rich in foliage, in contrast with the predominance of lines and voids. Finally, maeoki (the branch that introduces) emerges from dō, projecting itself forward, and stabilizing the lower branches area.

Thanks to ancient treaties, we know the rikka form origin very well. These treaties are compendiums of delicate, very descriptive, and warm, representations in which the sensitive qualities of plant elements are present, sometimes even in great detail. Abstract schemes would be used later, but when rikka was formally defined, ancient representations were exhaustive and luxurious drawings or engravings, detailed and full of sensitivity and knowledge.

There is an interesting variation of rikka called ssuna-no-mono. It has more horizontal proportions, both in the container and in the plant composition. Its location was framed by the furniture supporting it and integrated with other objects or arrangements. This type of ikebana, sometimes, gives rise to a double foot, with sand and water basis inside the container –as can be seen in the treatise Rikka Shodu Shu drawings.

Such arrangements can now be seen in traditional school exhibits. The annual exhibitions include works according to highly appreciated historical styles, which continue to be practiced. In particular, the Ikenobo School continues to teach its today students the traditional rikka form, with all its formal rigor. Even if, by analyzing it and emphasizing its formal principles, it has been updated without losing its essence: the most classic and, at the same time, more sophisticated and daring form of ikebana.

In the original rikka form, the landscape congruence is total since the species belong to a common and close geographical environment. In the updated form, rikka shimputai (or modern rikka) there is a more abstract approach to the composition –sometimes, with a contrast between imported from different climate zones species, and a greater abundance of flowers and color contrasts. In this new rikka form, the tree branches or shrubs have given way to lighter species and smaller arrangements sizes. The renovation is due to the Ikenobo School and, in particular, to Senei Ikenobo, the 45th teacher-director of the school. The teacher also renewed the shoka form, creating shoka shimputai. In both cases, providing a more contrasted artistic concept compared to the naturalism of the traditional form.

Rikka is difficult for beginners and learning it is feasible only after passing a based on simpler forms course –since its realization requires the mastery of elaborate techniques that can only be learned under very experienced teachers’ tutelage. It also requires a wide variety of plants and special containers. Including mighty branches, such as those of pine, which implement firm supports thanks to their weight.

Usually, the arrangement is held on a bed of stones and water, in which the solid support is buried. Diverse and small supplementary water containers, which are aerial and positioned at different heights, keep alive the branches not arising from the base but supported at medium height. There are many complex techniques used to fix and maintain the branches’ curves shapes, which are skillfully restrained. Just as there are various means to prolong the branches and flowers’ life once cut.

In the traditional rikka style, the old containers give off a halo of dignity and seriousness. Usually of bronze and majestic proportions. Sometimes very curvilinear, sophisticated, and figurative. They reveal its original Chinese influence. Currently, the containers used for rikka are similar to those used for shoka, although often larger. They have been modernized, adopting the simplified style contemporary culture use to interpret sobriety and dignity concepts, which are typical of these arrangements.

The lacquered wooden bases sometimes carved trays, give compositions a higher elevation. This type of bracket, which distances and underlines the arrangement, is not used under more informal containers or modern arrangements. They are reserved for shoka and rikka (traditional styles) to give relevance to ikebana. 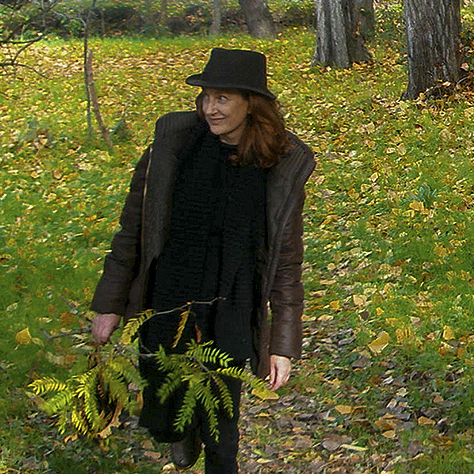